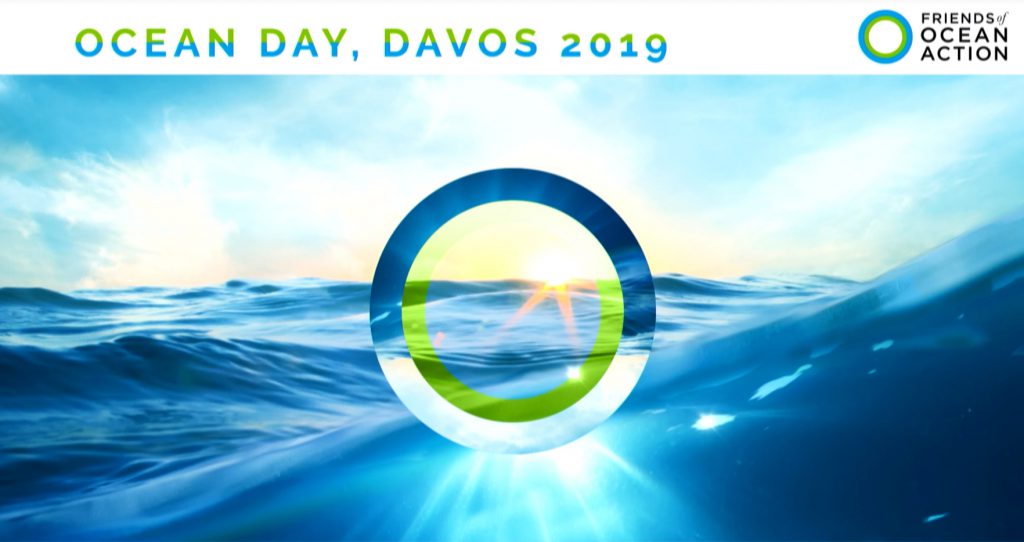 Thursday, January 2 4, 2019, in the wings of the World Economic Forum Annual Meeting in Davos, the American software publisher Salesforce, organized as a sponsor, in a lodge close to the Congress Center where the meeting with economic and political elites of the planet was taking place, a day dedicated to the protection of the environment titled “Ocean Day”.
The “Friends of Ocean Action” community convened for nine 1-hour sessions filmed and broadcast live on YouTube and Facebook during which speakers such as the young Swedish activist Greta Thunberg, Prince Albert II of Monaco and many stakeholders in the ecological realm expressed their views on the actions to be conducted for oceans conservation.